I am so sorry for not keeping up with the blog for a while My computer's Power supply went so for 4 days I could not do my blog.  Yes I do have a laptop but it is a very odd model and can only do little things I will also be taking a 2 days off this blog during Spring Recess so that i can relax

TTYL
Posted by Unknown at 3:06 PM No comments:

There are 56 "Class Abilities" For the Assault class: They are Aggression Which Confers +10 Critical Hit chance per enemy in sight (Max +30%), Bring Em On adds 1 damage on critical hits for each enemy the squad can see (max 5) Close and Personal Confer +30% Critical Chance against adjacent targets - bonus declines with distance from target. Close Combat Specialist Confers a reaction shot against any enemy who closes to within 4 tiles Does not require Overwatch. Flush fires a shot that will make enemies run out of cover you do not have to hit in order for flush Killer Instinct: Activating Run & Gun (will be explained later) now also grants +50% critical Damage for the rest of the turn. Lighting Reflexes: Forces the first reaction shot against this unit each turn to miss.  Rapid Fire: Take two shots against a single target in quick succession Warning Each shot carries a -15 penalty to Aim. Resilience Confers immunity to critical Hits (pretty nice right ):) Run & Gun Lets you use you gun or overwatch after sprinting Tactical Sense Confers +5 Defense per enemy in sight
For The Sniper Class there is Battle Scanner which creates a new source of vision for 2 turns Can only be used 2 times per battle.Damn Good Ground confers +10 Aim and +10 Defense against enemies at lover elevation in addition to the usual elevation Disabling Shot allows the sniper to a shot that causes the target's main weapon to malfunction. The target may use Reload to fix the weapon. The shot can't inflict a critcal hit 2 turn cool-down. Double Tap allows both actions of the sniper to be used for Standard Shot Head-shot or Disabling Shot but no moves can be made The second shot must be taken immediately after the first 1 turn cool-down  Executioner Confers +10 Aim against targets with less than 50% health Gunslinger confers 2 bonus damage with pistols.Headshot fire a shot with +30 critical chance and extra damage on critical damage on critical hits based on tech level of the sniper rifle 2 turn cool down In The Zone Killing a flanked or uncovered target with the sniper rifle does not cost a action Low Profile Makes partial cover count as full (When Possible to get this GET THIS IT WILL MAKE YOUR SNIPER(S) LIVE MORE) Opportunist: Eliminates the Aim penalty on reaction shots and allows reaction shots to cause critical hits Snap Shot: Removes the sniper rifle's restriction and Overwatch after moving. ANY SHOTS TAKEN SUFFER A -20 AIM PENALTY Squadsight: Allows firing at targets in an ally's sight radius Good so that your sniper can stay out of the way while another soldier closes in the bad guy and you can attack him across the map
For the psionic class there is the Mind Control: Seize control of an enemy for 4 turns. Mindfray Launch a damaging mental attack against the target. Deals 5 damage and inflicts penalties to Aim, Will and mobility for 2 turns ROBOTIC ENEMIES ARE IMMUNE Telekinetic Field: Creates a immobile telekinetic field that lasts through the enemy turn The field distorts and deflects incoming attack granting +40 Defense for both allies and enemies that are in the field 4 turn cooldown. Psi-Inspiration Removes Mindfray and panic from all nearby allies and boost their Will Psi Panic Force a target to panic unless they pass a Will test.
For the Support class there is: Combat Drugs Smoke Grenades now contain powerful stimulants that grads+20 will and +10 critical change for units in the cloud. Covering Fire Allows reaction shots to trigger on enemy attacks not just movement. Deep Pockets Confers an additional item slot in inventory. Dense Smoke: Smoke Grenades have increased area of effect and further increase units Defense by +20. Field medic Allows Medkits to be used 3 times per battle instead of once. Revive: Allows Medkits to revive critically wounded soldiers at 33% of max health instead of just stabilizing them. Rifle Sippression: Fire a barrage that pins down a target granting reaction fire against it and imposing a -30 penalty to aim. Savior: Medkits restore 4 more health per use. Sentinel Allows two reaction shots during Over-watch instead of one. Smoke Grenade Deploy a smoke grenade once per mission. The smoke confers +20 Defense to all units and lasts through the enemy turn.  Smoke and Mirrors Allows 1 additional use of Smoke Grenade each mission.  Sprinter Allows the support to move 3 additional tiles
For the Heavy class there is Bullet Swarm Firing the primary weapon as the first action no longer ends the turn. Danger Zone Increases AoE on Suppression and all rocket attack by 2 tiles. Fire Rocket Fire a rocket using an equipped launcher. This ability cannot be used after moving or mire than once per mission Grenadier Allows two grenades in a single inventory slot. HEAT Ammo  Confers +100% damage against robotic enemies. Holo-Targeting  Shooting at or Suppressing enemies also confers +10 Aim to any allies attacks on those enemies. Mayhem Confers additional damage based in weapon tech level to Suppression and all area effect abilities. Rapid Reaction Confers a second reaction shot if on Overwatch and the first reaction shot is a hit. Rocketeer Allows 1 additional standard rock to be fired per battle. Shredder Rocket  Fire a rocket that causes all enemies hit to take +33 damage from all sources for the next 4 turns. However, this rocket has a weaker blast compared to a normal one. Suppression Can fire a special shot that grants reaction direat a single target if it moves while suppressed. The target also suffers a -30 Aim penalty. Ammo consumption is twice of that of standard fire. Will to Survive Reduces normal damage taken by 2 if in cover and not flanked.

Posted by Unknown at 3:02 AM No comments:

There is 6 armors you can research but your X-Com solders start out with the default armor called Body Armor which is very weak.The second one is the Carapace Armor which is a Medium Armor and gives you +4 HP Another one is the Skeleton Suit which allows the wearer to use a grappling hook and it gives the wearer +3HP and +10 Defense and is a medium armor. The Titan Armor is a Heave Armor that Gives +10 HP and immunity to fire and poison Archangel Armor is a heavy Armor Gives +8HP and allows 6 total moves of flight you can upgrade to allow for more fuel per mission. The Psi Armor is the last armor given in the game and only can be used by solders who have Psi-Abilities. It gives +6 HP it increases Will by 20 instead of what of the in-game description also the armor has a hidden +10 Defense bonus

Posted by Unknown at 3:02 PM No comments:

This is going to be a hard armor to get because you will need 4 Chryssalid Corpse's per plating you make  and one needed to research which do not come until you play your first terror mission.Besides the Corspes you need you should have 15 enginners already if you did the satellites really good you will need Alloys which only are from the aliens and I do not remember how much it costs The reason why i think you need it is because you get 4 more hit points but the most rewarding is that it will reduce all melee attacks by at least 50 percent so put on the guys you use to attack Berserkers Zombie Chryssalid so that they can survive. So even through you need 5 Corspes in order to make one for the first time (4 any other time) This is needed for all front line guys 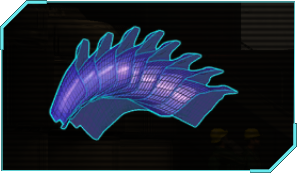 Posted by Unknown at 2:11 PM No comments:

Chryssalid is a big problem when you meet him for the first time because of the the health,defense,mobility and will

Now the main problem is that the Chryssalid will make the civilian or an unlucky X-Com officer that it killed by itself pregnant which will make them a zombie for 3 turns before they hatch an Chryssalid infant which kills the zombie but makes another Chryssalid you have to worry about DO NOT TRY TO USE THE ARC THROWER BECAUSE THEY CAN NOT BE CAPTURED I recommend using the rocket launcher on the Chryssalid and the zombies if they are together even in a new ship it will piss the scientists because you will have blown parts of the ship but it does not really matter.

The defense of earth

when there is a alien threat comes to earth There is a military group called X-Com which helps defend the earth. The missions you will have to do (not all the type of missions) is a terror mission a council member friend needs help, a UFO(unknown Flying Object) that you have to intercept or a ship that has landed instead of being shot down. You are the commend of the group called of X-Com  which will kill the aliens and will defend the earth. You will have a home base around the world which you can choose and many other places around the world where you will have satellites so you know where a UFO is and where a UFO is and where the aliens are killing citizens (also known as terror site missions) You will be in control of a squad which has to defend earth no better what happens sometimes your whole squad dies if you are not careful or you can be lucky or good and not lose any guys. You can name your characters anything your heart desires and you can rename your characters nickname when he/she gets it

Posted by Unknown at 2:20 PM No comments: